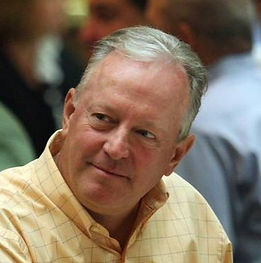 George Radanovich is a native of a Mariposa County farm family and a former member of Congress. He is a graduate of CalPoly San Luis Obispo.  After college, he performed a variety of jobs, including work as a banker, substitute teacher, and construction worker.   In 1982 George began growing grapes in Mariposa County and in 1986 he opened the Radanovich Winery, the first winery in the region. He was the first winemaker to serve in Congress since Thomas Jefferson.

George served as a member of the Mariposa County Board of Supervisors from 1988 to 1992. In 1994 George ran for Congress, defeating entrenched Incumbent Richard Lehman by 17 points.

In Congress, George served as a key member of the Resources Committee, Chairman of the National Parks, Recreation and Public Lands Subcommittee, Chairman of the Water and Power Subcommittee and Co-Chair of the Water Caucus. He served in Congress from 1994 to 2010, becoming a leading advocate for California’s agricultural, resources and recreational communities. He voluntarily retired from Congress in 2010.

After leaving Congress, George served as Chairman of the Board of a small family retail business founded by parents in 1955. In 2016 George become President of the California Fresh Fruit Association. He left that position in 2019 to promote agriculture, labor, water and veteran’s policies in Washington, D.C. and across the nation.

CCPCA Wants You To Know More About Planning

The CCPCA is a volunteer-based membership association, formed June 28, 1930 at Santa Barbara, and almost exclusively composed of the active planning commissioners from the 58 California counties. Our purpose is to better educate and inform ourselves, the membership, of the issues and circumstances surrounding the field of planning as it relates to the performance of our appointed duties. While there are other entities involved in the training of planning commissioners, the term “training” often implies issuing a set of instructions laying out the procedures and limitations of authority in the execution of their tasks, i.e. "how to follow the rules." The CCPCA does not aim to simply create rule followers, but to inform and educate our fellow commissioners on trends and best practices in the planning environment, and to foster a free exchange of ideas that will ultimately assist our arrival to optimal planning decisions.

A president is elected each year, whose task is to organize a General Conference. The President and his Executive Commitee are responsible for selecting a location and theme for the conference, and engaging presenters who will provide current and relevant information on facets of planning. Field trips highlight real-world examples in the setting of the immediate region where the conference is being held.  Rotating our leadership provides that every annual conference focuses on a different planning aspect and geographical area.

Every county planning commissioner throughout the state of California is a CCPCA member. Our base of financial support comes from membership dues which are paid by the California counties on behalf of their commissioners, whereby voting rights are conferred to the commissioners from their respective counties; and from nominal registration fee contributions, which defray the expenses of the conferences themselves.

SUPPORT US -- The CCPCA is a 501(c)3 organization and your contributions are deductible.  We gratefully accept donations from any who support our mission, but we are not an advocacy organization and we do not form partnerships with those who may be engaged in promoting a specific viewpoint or cause. Likewise, any opinions expressed by the participants at our events must be considered those of the participants themselves, and not officially endorsed or adopted by the CCPCA.